When this Crested Butte Victorian was first purchased, there wasn’t much more to love than its potential. But having undertaken a full remodel, the next step for the homeowner was to pull the interiors together, and she hired Andrea Schumacher and her team to bring the magic, “She wanted the whole thing to feel cohesive in terms of color, window treatments, lighting, and furnishings to make the most of the usable space and openness,” says Schumacher.

To achieve this, adds Schumacher, “We did an analysis of how she wanted to live in the home and what would make her feel beautiful in it. We used that as a string throughout the whole home.” She says the designers were struck by the client’s pretty blue eyes, and they built the home’s palette around the pale hue—it’s seen here on the refurbished tub as well as on finishes in several of the rooms.

The designer also chose to highlight the dragon-claw-clutching-a-pearl style of the tub’s feet with a metallic finish, which contrasts nicely with the sleek modern look of the clear glass shower. “The space planning was already set in stone because of the limitations of it being an old Victorian,” Schumacher says. “So it was more about working with materials to make it feel modern but have that sort of vintage vibe at the same time.”

Rather than old-fashioned lace curtains, Schumacher used the Kaya Medallion fabric from F. Schumacher & Co. for a valance in the bath as well as in the primary bedroom. A vintage fixture from 1stDibs hangs overhead and casts dramatic shadows when lit, complemented by the unexpected drum sconce, which Schumacher says gives the space warmth.

She adds, “We layered the rugs for coziness, so when you step out of the tub, you land on something soft. The Persian rug speaks to the client’s well-traveled sensibility, overall marrying the modern and the vintage together so the interiors still speak to a Victorian home but are not old and stuffy.”

A Denver Bathroom Where Less Is Better

A View to Romance 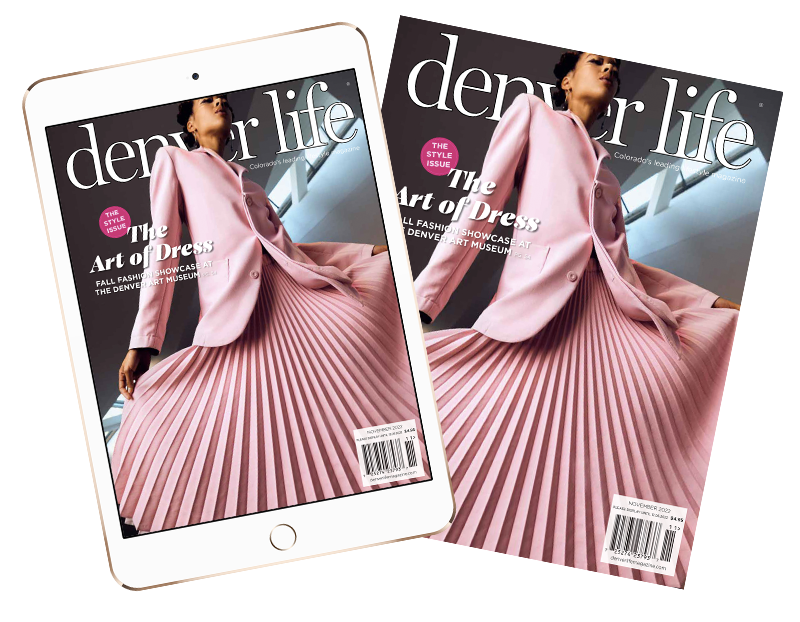